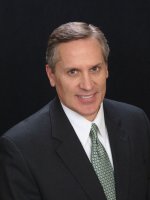 Over the past 30 years he has built an independent private practice focusing on comprehensive investment and insurance planning for individuals, small businesses and professionals.

Steve and his wife Madeleine reside in Centennial, Colorado with 5 of their eight children now married (with  grandbaby #14 on the way!), one son in Spain studying for the priesthood, and two in school.  An avid road cyclist, outdoorsman and skier, as time permits, he is actively involved in his faith community and has served on various school and non-profit boards over the years. He is past president of the Colorado State Association of Health Underwriters and was a co-founder of the non-profit organization Forming Families for the Third Millennium. He counts among his most cherished blessings - his Faith, his family and an incredible network of friends and clients who make it a joy to be in this business!